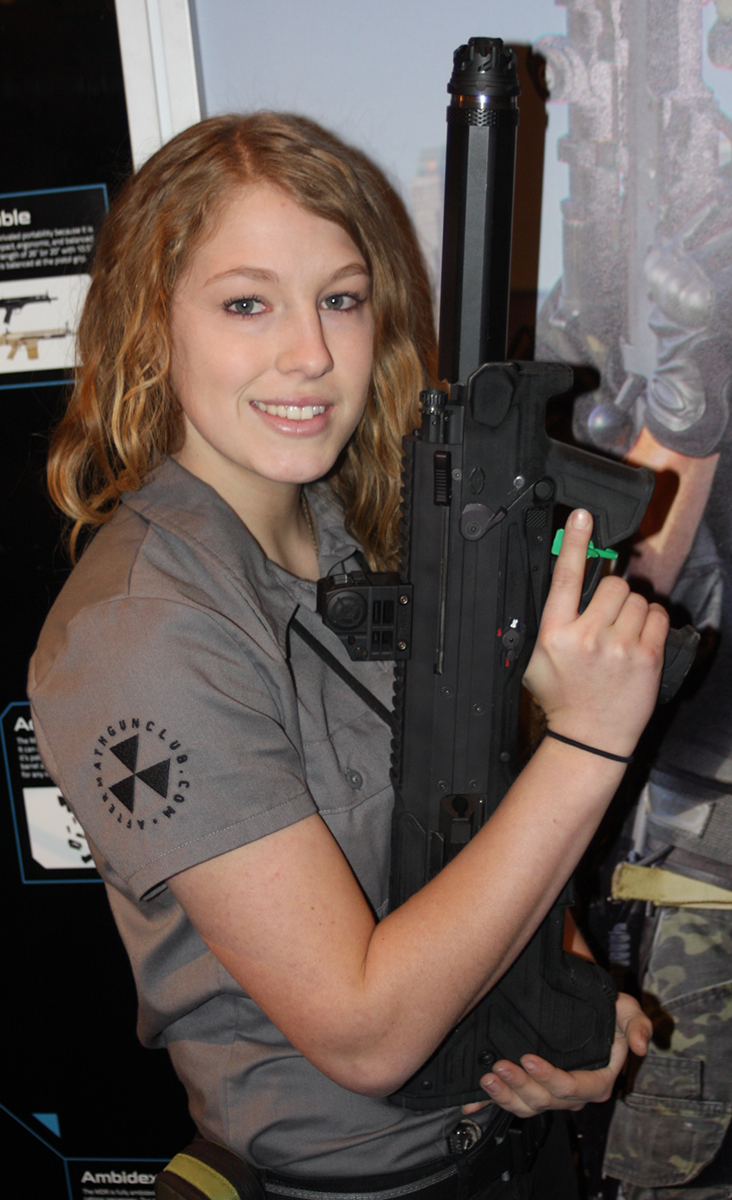 Out of Chile, FAMAE makes SIG licensed SG540 series rifles. This is the SG543. 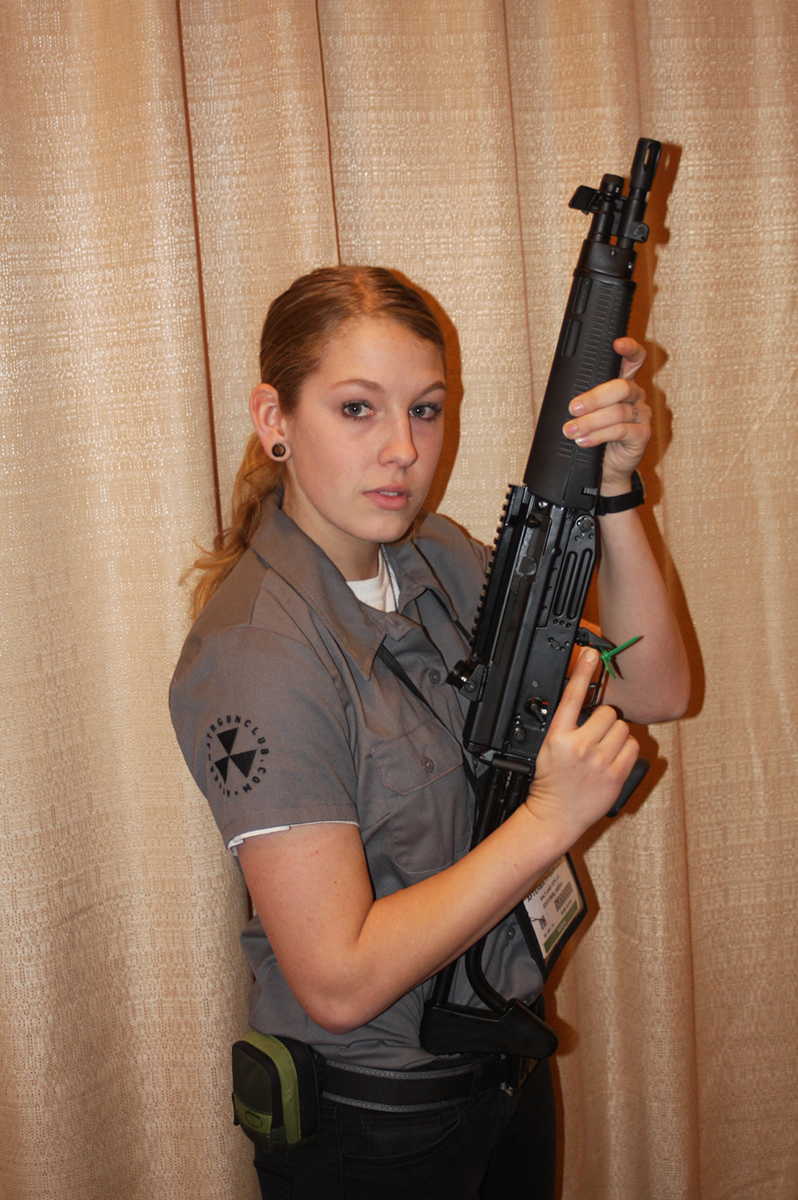 The FNH PDW is a gun that has been in the works for some time and isn’t always shown. FN last year said they never display military only firearms at SHOT, this year they said we couldn’t take photos, even though we were there as press with the little camera icon on our badges. I expected a knowing nod when I showed him the camera on the badge, instead he looked confused; I hope he got home ok. 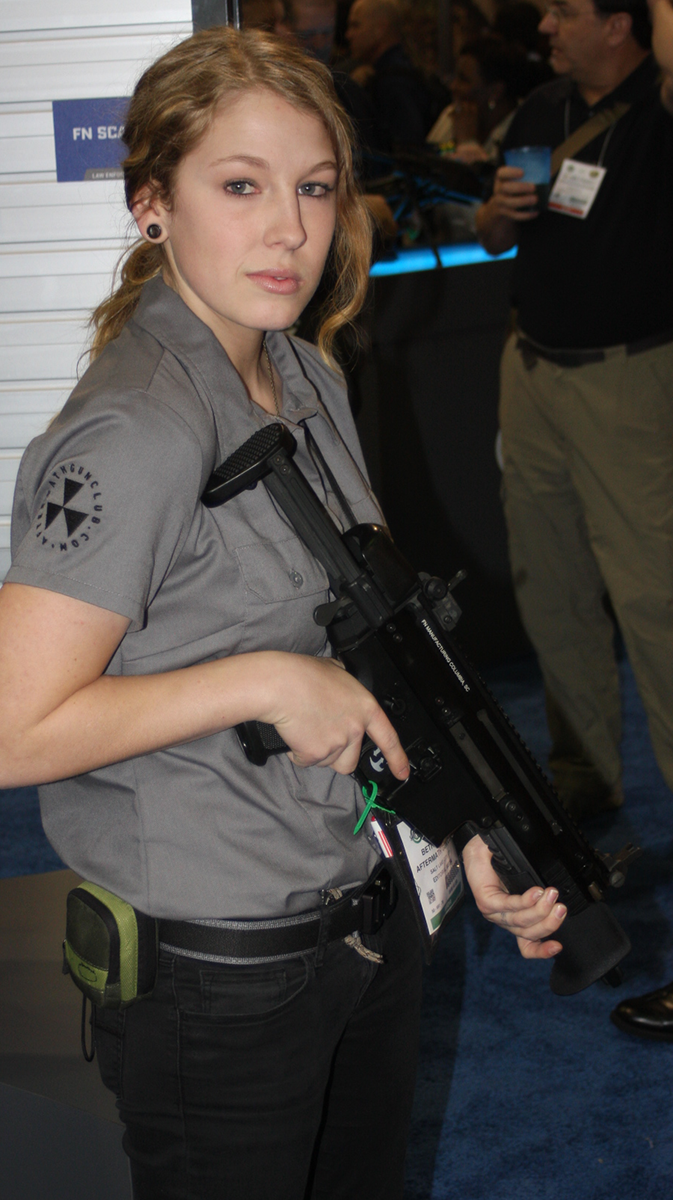 Masterpiece Arms has a few versions of their MPAR, based on the Leader Dynamics rifles by Charles St George.

Noreen setup a machine so attendees could see them work. An interesting idea for an expo. 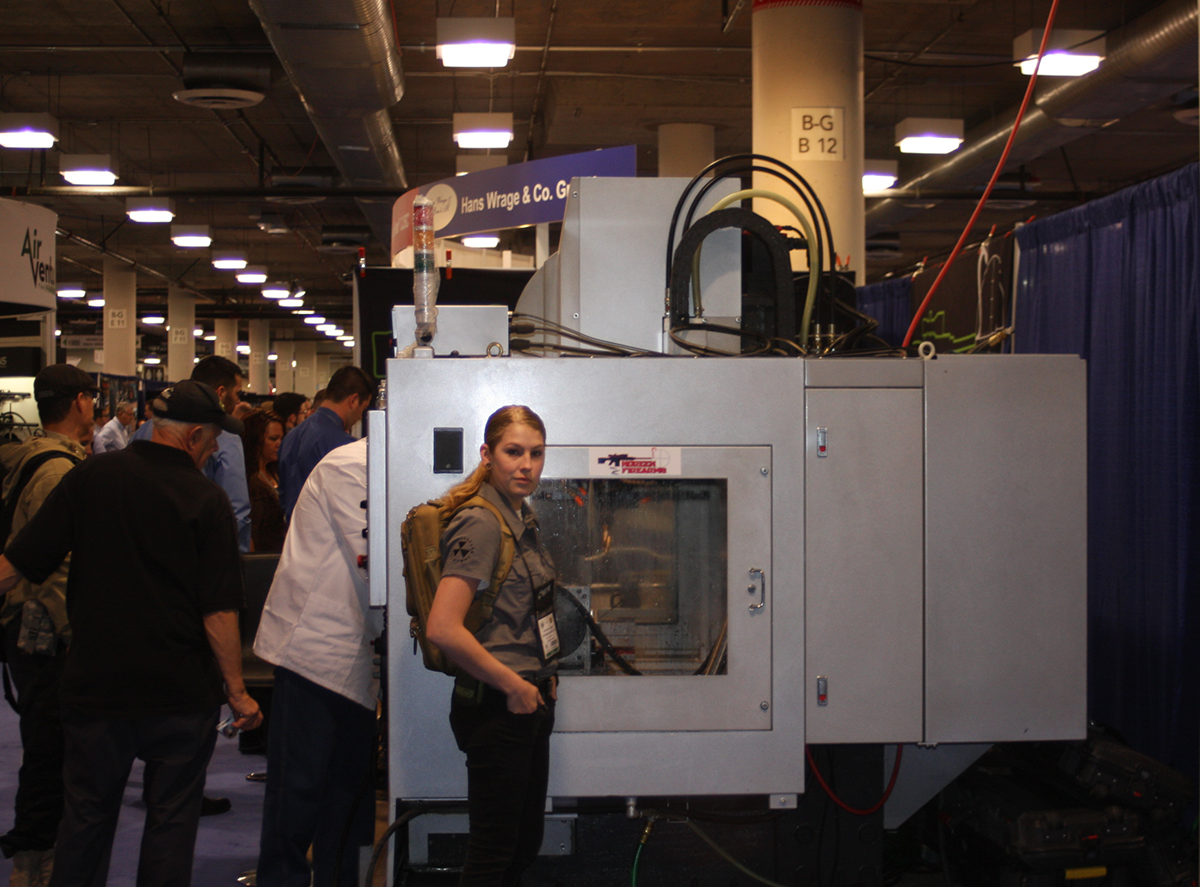 I shouldn’t have been surprised to see SecureIt at SHOT, but anyone that has checked on the prices have been. Unfortunaely this is not an affordable option for the upper middle class home gun vault, let alone the rest of us that rather spend that money on firearms and ammunition. Great product, and I hope military and law enforcement keep buying it so we can buy up those old surplus military gun racks. 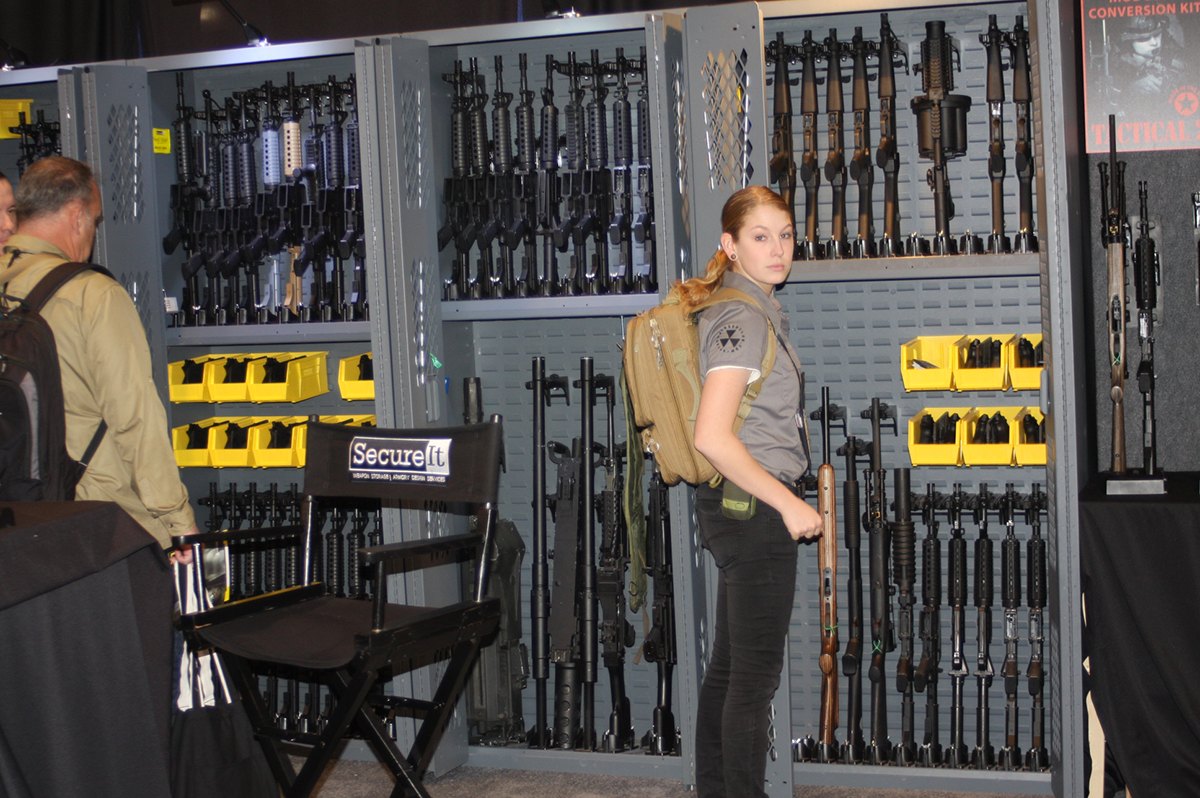 The Scout models is being offered by Steyr in limited numbers with some new camo options this year. 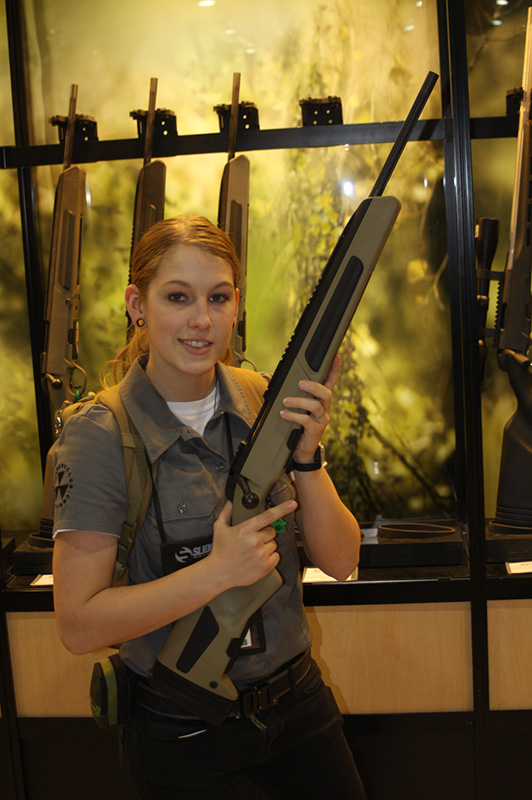